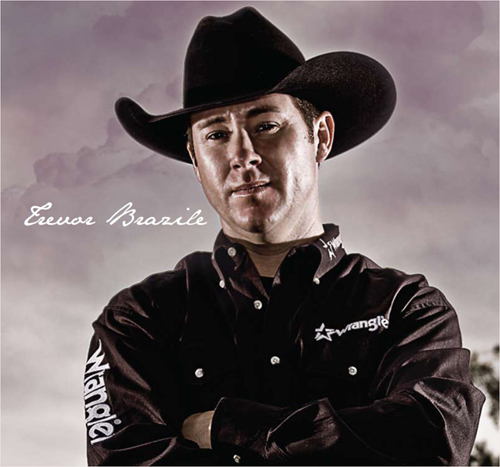 Cactus Ropes has teamed up with Trevor Brazile to develop an entirely new line. The first two releases hit the market on December 1st, 2008, and they are a calf rope called the Weapon and a team rope named the Xplosion.

The Weapon is a unique combination of texturized poly and high tenacity poly. The Cactus process gives this rope the toughness and feel all ropers seek. It offers a smooth and balanced tip giving it a more distinct feel.

Available in both head and heel ropes, the new Xplosion is a four strand nylon/poly blend. In the head rope, The high percentage of poly puts the focus of the weight and body to the center of the rope. This blend of nylon and poly places the emphasis of your swing on the tip and adds durability to the rope.

The Xplosion heel rope is slightly smaller in weight and diameter than traditional four strand heel ropes, allowing the roper to get plenty of rope speed for a consistent throw time after time.
Since their release December 2012, both The Weapon and the Xplosion lines of ropes are fast becoming our most popular team ropes and calf ropes that we sell. The new Destiny 4 strand calf rope from Stran Smith is also working it’s way up the ranks as well.

In 2013 the C4 started production. Available in both head and heel ropes, the C4 is a bright red 4 strand pure nylon rope, made to complement the nylon/poly blend Xplosion.

To include the littlest ropers, Trevor added the Lil Pistol to the Relentless Collection. This rope was designed just for Treston Brazile, Trevor’s son, who has used and endorsed the Lil Pistol with much success.

Joining the Relentless collection in December 2014, the TNT is an all new team rope. This rope will feature a small and quick head rope paired with a heel rope made with less bounce.

Moving away from ropes, Trevor developed a line of saddles and tack. Trevor’s saddles feature fiberglass trees, heavy doubled and stitched leather, signature floral tooling, and Cowpuncher hardware (including dees). One of the most popular tack pieces in the Relentless by Cactus Saddlery tack collection is the gel saddle pad. Available in several material and thickness options, these pads feature a gel insert that covers the full back to dissipate shock and keep horses comfortable. Headstalls, tie downs, reins, breastcollars and more were added to this collection as well.

Trevor teamed up with Cactus gear to produce a line of leg gear to protect the equine athletes that have so much to do with his success. The Relentless leg gear line began with the All Around Sport Boot. This boot originally was made with one style that could be used on the front or hind feet, though a designated taller hind boot was added later. There are also the Strikeforce Overreach Bell Boot and the Relentless Polo Wraps.

Do you understand why trailer maintenance is important?!
Call today to schedule an appointment, 800-749-0522.

We always have fresh ropes available!

I want you to love me like my dog does, honey! 🎶

Reply on TwitterRetweet on Twitter1Like on Twitter2Twitter
Load More...