Pink Patron by Fast Back Ropes 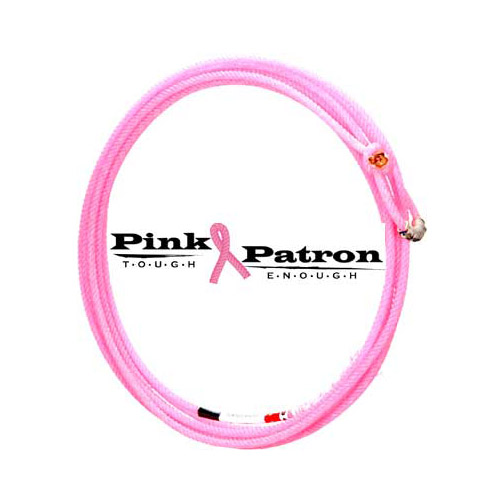 As some of our customers have probably already noticed, we have been doing a "Rope of the Month" for the last few months. Keeping up with this tradition, for the month of October 2013 we are offering the Pink Patron by Fast Back Ropes. We thought this fit perfectly into Breast Cancer Awareness Month. https://youtu.be/mGho1XuUtEY Normally $42.00 for Head ropes, and $44.00 for Heel ropes, we are offering them at $36.00 for Head ropes, and $37.00 for Heel ropes. Not only are you getting them at a great price, but Fast Back is still donating $1 from each rope sold…
Read More...
by: kelly September 30, 2013 No Comments News

Breaking Your Rope In With Classic!

Breaking your rope in has a big effect on how your performance is going to turn out. You want to make sure it feels just right prior to roping. Check out this video with team ropers Kory Koontz and Travis Tryan to see if they have any advice that might help you. Craig Bray from Equibrand (Classic Equine, Classic Ropes, Rattler Ropes, and Martin Saddlery) interviews world class heeler Kory Koontz about his rope break in procedures. Next, Travis Tryan is quizzed about his rope bag and how he stores his ropes. To finish the video up, Craig gives us…
Read More...
by: Shelbi September 26, 2013 No Comments News 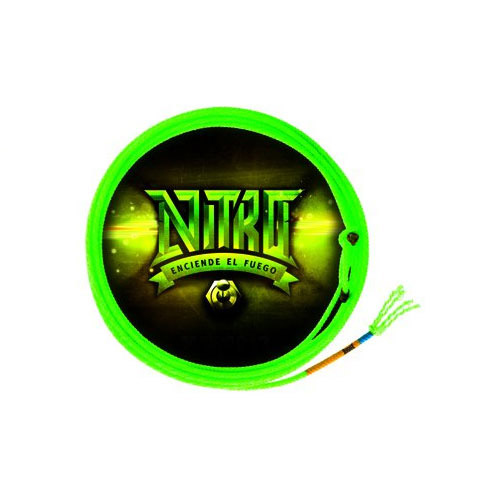 The Nitro by Cactus Ropes in one of our most popular ropes here at Coolhorse. Cactus Ropes has teamed up with Cesar De La Curz's, Ignite the Fire Heavy-bodied performance in a small, fast package!! Rope Features: 4-strand lightly blended (poly-nylon blend) Smaller diameter Massive tip weight for perfect swing and timing Extreme body for pinpoint accuracy Platinum grade materials for durability and longevity under pressure Neon green color for visibility in any condition. "This is the rope I've been waiting for" Cesar De La Cruz To shop all Cactus team ropes, including the Nitro, please click here.
Read More...
by: Shelbi September 20, 2013 No Comments News

Are You Looking For A Team Roping Machine? Coolhorse Has Them All! 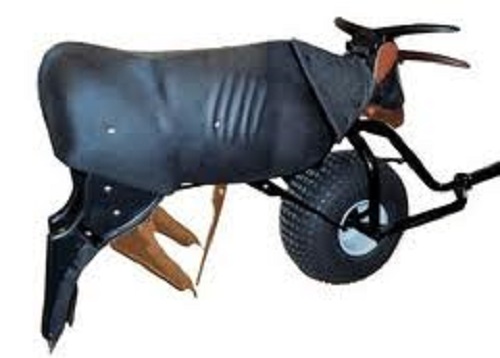 Coolhorse has all the hottest roping dummies out there available and the freight is only $195 anywhere in the lower 48 states! We stock the Original Hot Heels, The Cross Fire by Hot Heels, The Ground Driven Heel O Matic and the Smarty Steer. All of these machines will ship on a semi truck, shipping to a business is often times better if possible but we can ship them direct to your home.The freight driver will call you and set up a time for deliver and you will have the machine! The transit time ranges depending on how far you…
Read More...
by: Shelbi No Comments News

Curb your Enthusiasm, or not. 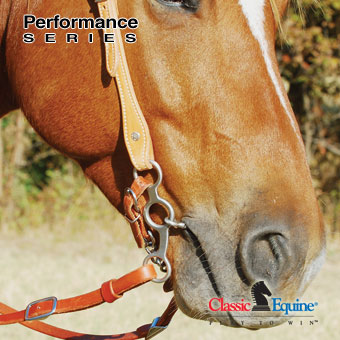 Curb chains are one of the smallest, most unnoticed, pieces of tack we put on our horse, but did you know that they can actually have a large impact on how your bit performs? Changing the type of curb can change the way your horse feels the pressure under his chin. Read on to learn more about the types of curb chains. Curbs come in many styles, but the broad categories are leather straps, chains, and solid metal curbs. Leather curbs are the mildest, and my choice when introducing a horse to shank bits and curbs. They are also a…
Read More...
by: stacey September 17, 2013 No Comments News 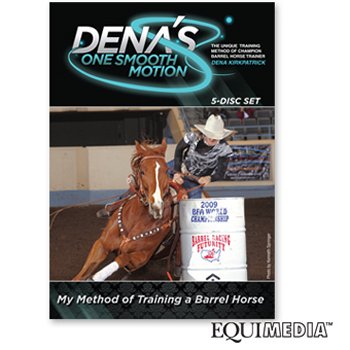 Dena Kirkpatrick shares some tips on how to adjust her favorite bits to get the best results. Loomis gag bit - Since this is a gag bit, if it's too loose and hangs too low in the horse's mouth it won't have very much effect. You want to have one wrinkle in the mouth. Goostree Simplicity - This is another gag bit, but with less action. You want one to one and a half wrinkles. If it's too loose and you come to the end of the gag before anything happens it won't feel right to your horse and you…
Read More...
by: stacey September 13, 2013 No Comments News 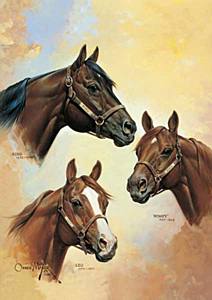 Don't miss your chance to see the Orren MIxer exhibit at the American Quarter Horse Museum! It will be here until July 27th. The exhibit features many of Mixer's works from both the AQHA collection and private collections. The Mixer family has also contributed many of Orren's cherished items for display. If you can't make it to Amarillo to see the exhibit in person, be sure to check out the online exhibit.
Read More...
by: stacey June 11, 2013 No Comments News 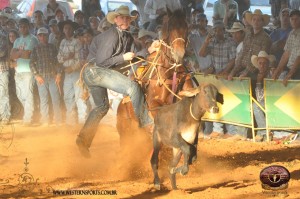 Tuf Cooper won the Jaguariuna Brasil calf roping on his Brazillian mare, Gisele (she is offically named Victoria's Secret). Watch an awesome run filmed by João Vellasco. After such spectacular results on his first rodeo with her, Tuf is making plans to bring Gisele to the US soon to rodeo with her full time. Need Calf ropes or supplies? Shop here for our full roping selection including dummies, ropes, and more!
Read More...
by: stacey May 22, 2013 No Comments News